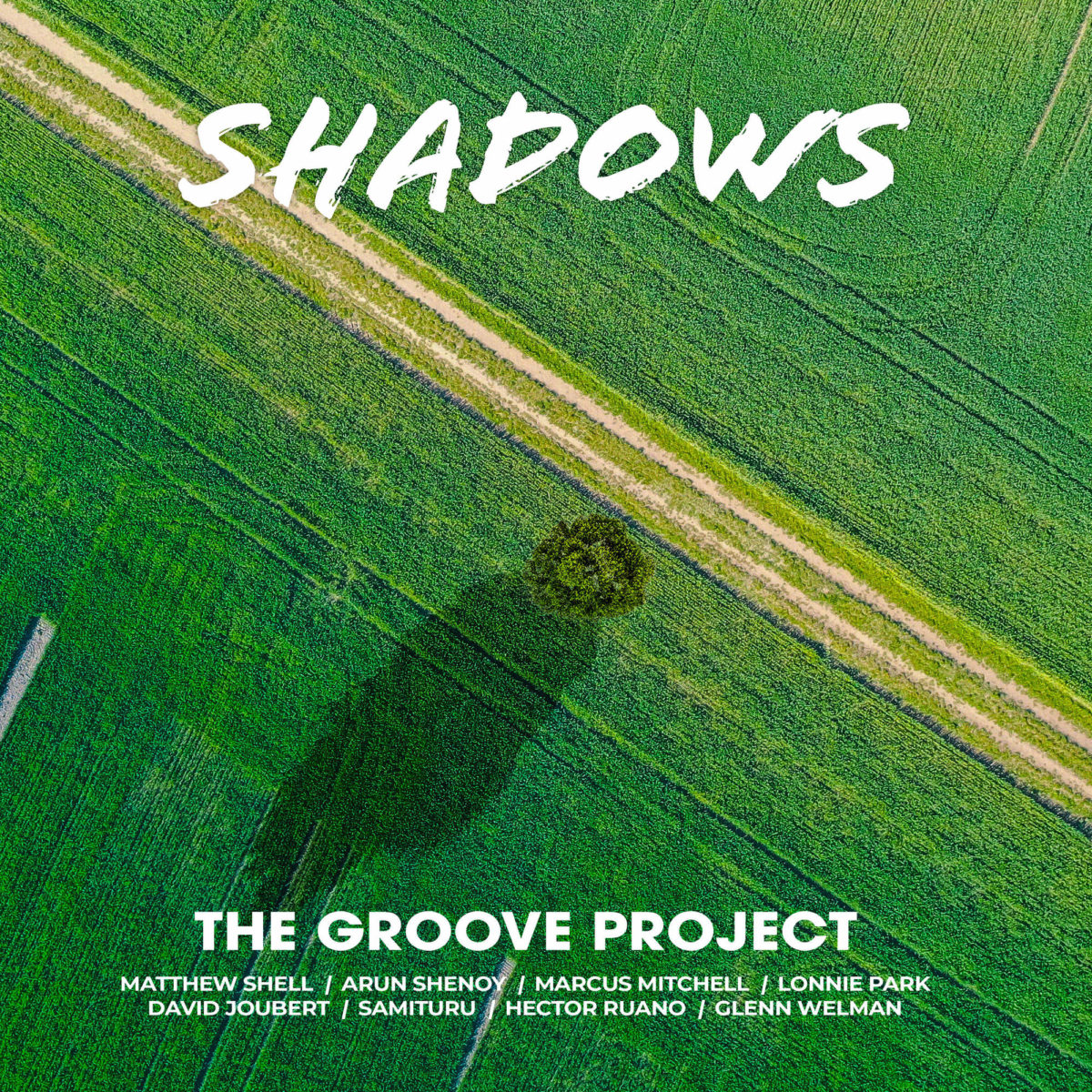 NARKED RECORDS is proud to announce the release of “SHADOWS”, (01/01) the sixth single by THE GROOVE PROJECT

Working on a Smooth Jazz / Contemporary Jazz concept album about man’s fascination with flight, the inspiration for this sixth single “SHADOWS” (01/01) comes from the quote by Amelia Earhart –

“You haven’t seen a tree until you’ve seen its shadow from the sky.”×

The idea of this concept album is in part, a posthumous tribute to Roshni Mohapatra (7 Jan 1980 – 13 Dec 2018) who had envisioned Shenoy’s previous project as a multi-sensory experience of music, art, animation and physical packaging. She has previously cited Davie Bowie and Pink Floyd as some of her early influences for art direction of musical projects.

With the launch of a new single every month culminating in a full-length album in the summer of 2020, producers Matthew Shell & Arun Shenoy, have chosen to take a production direction leaning more towards the Smooth Jazz / Contemporary Jazz styles, with each member of the group bringing a unique perspective to the music.

The single has been released on 01/01 in digital format with the distribution handled by DashGo. Radio promotion is being handled by Neal Sapper at New World N Jazz Marketing and Publicity and Marketing by Beth Hilton at The B Company

ARUN SHENOY burst onto the international stage out of relative obscurity with a GRAMMY® Award nomination at the 55th Annual GRAMMY® Awards for his debut Flamenco world fusion production titled RUMBADOODLE in 2012.

Shenoyʼs follow up single “BLISS”, from his Indian World Fusion project was launched by the Recording Academy via a Worldwide Exclusive First Look at GRAMMY.com in 2013. His second full length record, A STAGEY BANK AFFAIR released in 2016 with his new 14 man musical group, THE GROOVE PROJECT was chosen as Album of the Year by Jazziz Magazine’s Critics Pick and dubbed “an explosive, exotic, jazz-funk-rock-barn burner” by noted American journalist and reviewer, Jonathan Widran.

Shenoy released an EP in 2018 titled THE UNPLUGGED SONGWRITER SESSIONS in collaboration with THE MAVERICK EXPRESS, a rolling roster of musicians comprised largely of Shenoy’s long term collaborators.  On this album, Shenoy introduced his intimate singer-songwriter work. He shuffled the GROOVE PROJECT in early 2019 into the current 8 man musical group.

Shell appeared on Marcus Johnson’s Flo: Chill reaching #7 on Billboard Contemporary Jazz Chart in 2009. He worked on O.A.R.’s Rain or Shine that hit #5 on the Independent Albums Chart and #7 on the US Alternative Albums Chart. Shell engineered for producer for Philip Lawrence on It’s A Jungle Out Here, featured on the Rio 2 soundtrack (2014).

In 2012, Shell’s album FREEDOM, his collaboration with Trey Eley was launched by the Recording Academy via a Worldwide Exclusive First Listen at GRAMMY.com in 2012.  He collaborated with Arun Shenoy on the jazz single “Genesis”, the lead track from his next solo album VICTORIOUS in 2013. His subsequent solo releases include SPIRITUAL RELATIONSHIP: THE DEEPER MEANING in 2015 and FIRST LIGHT in 2107.

MARCUS MITCHELLis a jazz saxophone based out of Maryland with seventeen albums and a DVD to his name. Mitchell has worked with many artists such as Mike Phillips, Kim Waters, Marcus Johnson, and Destiny's Child. While attending Shaw University, Mitchell operated 24th Music and performed in the Raleigh North Carolina region with the N-Tune Band.

He was a headliner at the legendary Blues Alley Jazz Club in Washington, D.C. and he performed at Jazz Festival in Guantanamo Bay, Cuba, sharing the stage with Paul Taylor, Peter White and the Rippingtons (featuring Russ Freeman).

LONNIE PARK is an American musician, singer, songwriter, and record producer. Shenoy and Lonnie came together for the first time on Shenoy’s GRAMMY® nominated RUMBADOODLE in 2012. Park has many TV, movie score, and Billboard charting appearances. He has toured, produced, and worked with legendary artists from country outlaw Merle Haggard to folk icon Peter Yarrow, and rock greats Cozy Powell and Chris Caffery